BIG POND, NS –Ruth MacNeil recently walked to her entrance to pick up the daily, but what she found shocked her.

Instead of the Cape Breton Post, she discovered the latest edition of “Druthers,” a right-wing publication that openly opposes COVID-19 guidelines and restrictions.

“I was really bothered,” MacNeil, 87, said. -vaccination, and that’s basically it. 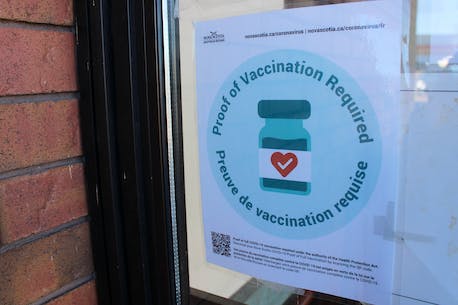 The six-page edition of the December edition begins with the headline “8 Reasons Not To Sting Your Kids,” and follows articles on the Nuremberg Trials that indicted Nazi war criminals, Questions the validity of the vaccine and declares that science has been overtaken by “superstition.”

For MacNeil, it was too much to take.

She worries that people who might receive the same information are making the right choices.

“I am totally convinced that I should get the vaccine – I got my two injections, then I got my booster,” she said. “You can’t go wrong with something like this on the go and not take precautions to save yourself.” “

His daughter Michelle MacNeil has said that while they don’t believe what was reported in the “Druthers” post, the fact that he appeared at the end of their driveway in Big Pond is unsettling.

“I was totally appalled. I couldn’t believe what I was reading. They were half-truths and then absolute lies. I thought it was right against the science. They were just complete lies that people could believe. “

The Post contacted “Druthers” but did not receive a response within the deadline. The Cape Breton Post does not print or distribute “Druthers”.

Chris Connors is a corporate reporter for the Cape Breton Post.