As part of its drive to strengthen its presence in Asia, Manitowoc announced the appointment of G Machinery as the new distributor of Grove rough terrain cranes in Japan. Based in Tokyo, the company will provide sales and service support to customers across the country.

Shortly after arriving as a Grove distributor, G Machinery sold and delivered its first two cranes: a GMK5150L-1J and a GMK5250XL-1J (crane models are marked with “J” at the end to indicate their design is tailored specifically for the needs of the Japanese market). Both cranes were sold to a large Japanese crane rental company. Shohei Konno, president of G Machinery, said the reputation and product quality of Grove cranes will make them an attractive option for Japanese customers.

G Machinery will offer the full line of Grove rough terrain cranes but, according to Manitowoc, expects the six- and five-axle models (like the GMK5150L-1J and GMK5250XL-1J) to be particularly popular due to their charged. and maneuverability.

The GMK5150L-1J is the most powerful crane in its class with a capacity of 11.8 tonnes at the end of its 60 meter main boom which can be lifted up to a radius of 18 meters. The GMK5250XL-1J has a 78.5-meter boom (the longest in the five-axle class) and a capacity of 250 tonnes. Both cranes are equipped with Grove’s Megatrak suspension and Manitowoc’s Twin-Lock boom pinning system.

“We see a lot of potential for Grove cranes in Japan,” said. Shohei Konno. “It is one of the most famous mobile crane brands in the world and is known locally for its high quality products with proven reliability. companies. The fact that our first two units were sold to a company of this caliber shows the market’s high regard for the Grove brand and portends an exciting future.

Marco Zucchet, Manitowoc’s sales manager for mobile and tower cranes in Asia, said Manitowoc’s rapid development of new products in recent years means that now is the right time for Grove to reaffirm its presence in Japan. “Our history in Japan goes back decades, but with the appointment of G Machinery as a distributor, we see the opportunity to open a new chapter in the country,” he said. “Over the past five years, we have also executed a series of rapid new product developments that have resulted in some of the most advanced mobile cranes in the industry. With our presence in Japan now confirmed by G Machinery, we are in an ideal position to help mobile crane owners in the country gain a competitive advantage and increase their productivity and profitability for lifting operations.

Shohei Konno, Managing Director and President of G Machinery, with the latest Grove arrivals in Japan 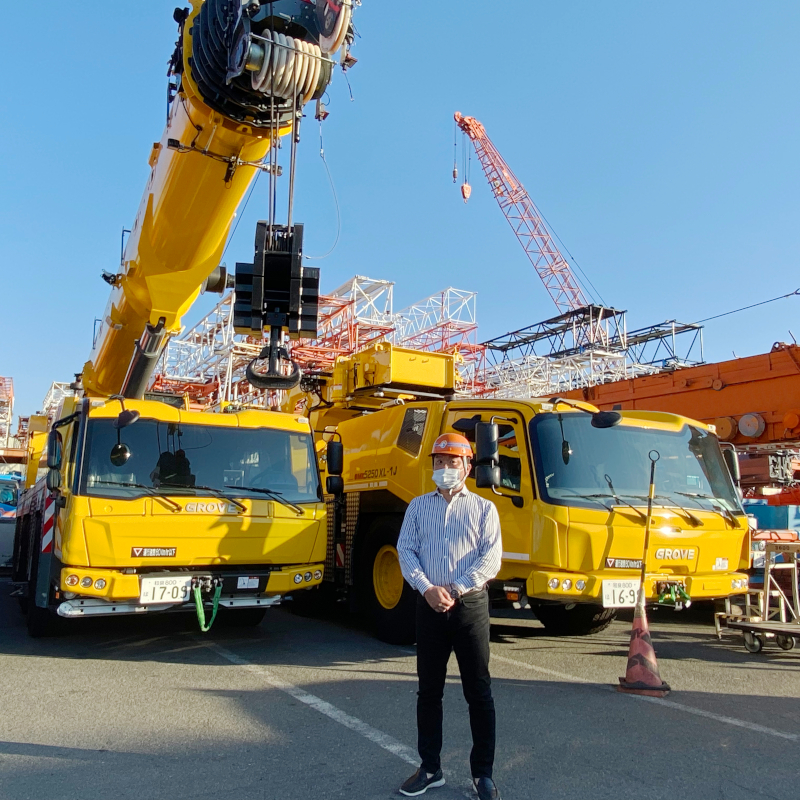 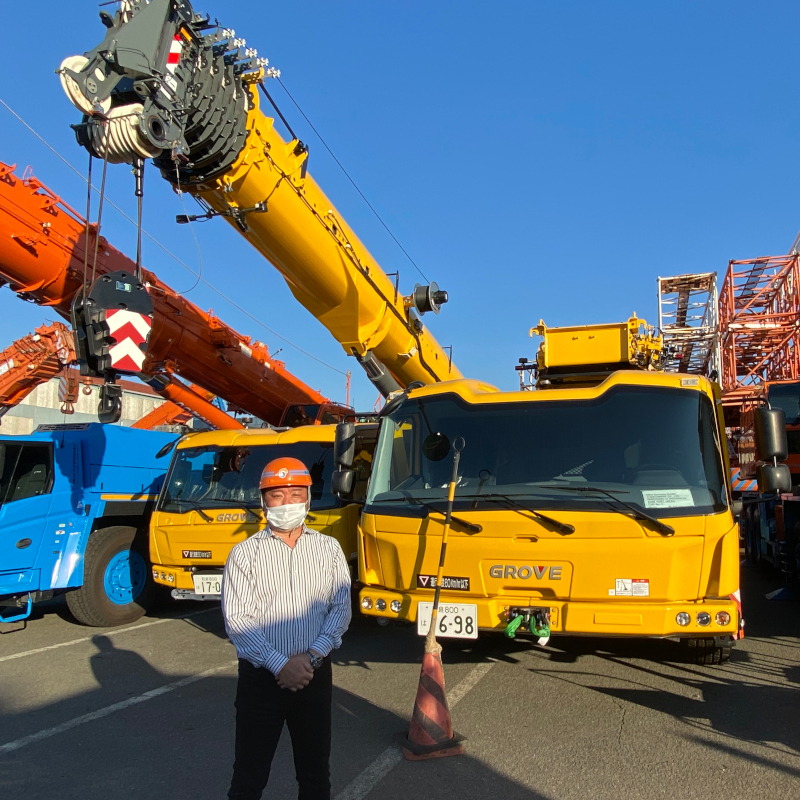